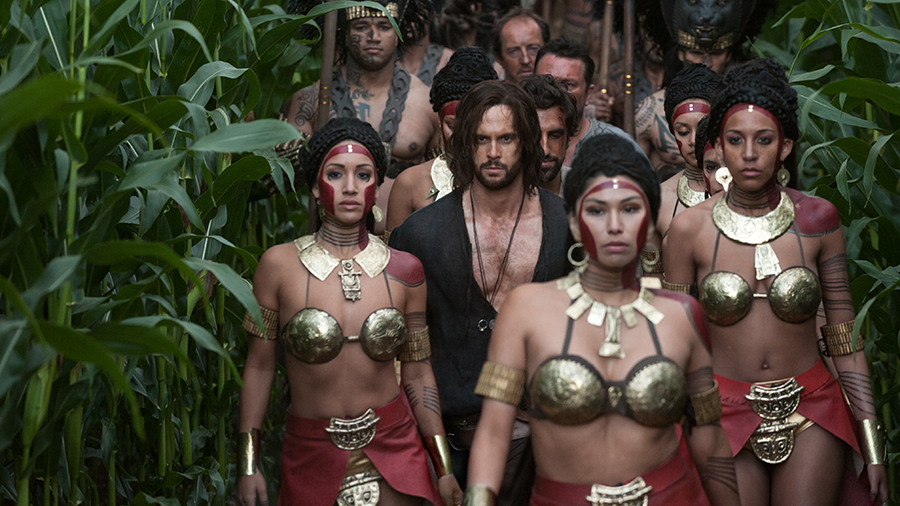 John’s editing work on the Tower in series one of Da Vinci’s Demons was so well recieved that he was hired again to edit episodes 5 and 6 of series 2, working with Director, Jon Jones.  The Sun and the Moon and the following episode, Rope of the Dead, were set in the 15th century South American city of Machu Picchu.

John, again was involved extensively as 2nd Unit director, primarily in the night time cornfield chase scenes, which were also shot in Swansea, with extensive photoshop image manipulation to make the scenes appear larger than the set would provide in real life, allowing the normally damp Welsh landscape to become a hot South American cityscape.  John recieved a credit for this work.

Leonardo reunites with Riario and Nico in the New World. Lorenzo attempts to save Florence with the help of an old flame. Clarice struggles to retain control of the Medici Bank.