Revived in 2005 and subsequently running for over 15 years, Doctor Who is one of the world’s most beloved science-fiction shows, written by a collection of British TV’s greatest and most acclaimed talent, such as Russell T. Davies, Steven Moffat and Chris Chibnall.

Doctor Who has boasted a cast and crew of some of the nation’s best actors, directors and editors, including John Richards who has worked as an editor on 10 episodes since the show’s return to our screens. With work spanning across multiple seasons, John Richards became the only editor to have collaborated with four of the Doctors, including Christopher Eccleston, David Tennant, Matt Smith and Peter Capaldi.

Doctor Who – Mummy on the Orient Express

In the future, the twelfth Doctor (Peter Capaldi) and Clara (Jenna Coleman) board the iconic Orient Express, an exact replica of the original… except for one very important detail. It’s in space! Trying to enjoy one last adventure together after the events of Kill... 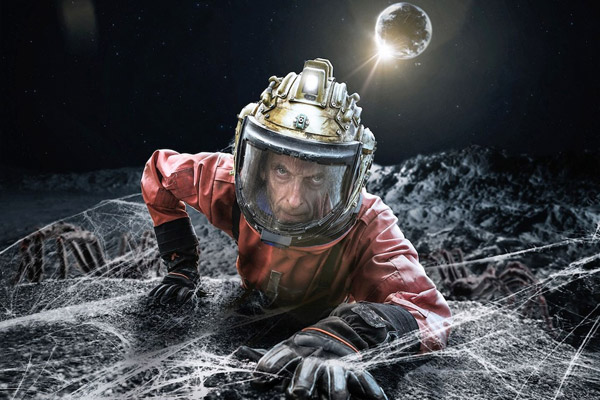 Episode 7 of season 8 could well be one of the scariest and most thought provoking adventures for the Doctor (Peter Capaldi) and his companion, Clara (Jenna Coleman). The Tardis sets down in the loading bay of an ageing space shuttle, where the Doctor, Clara and her... 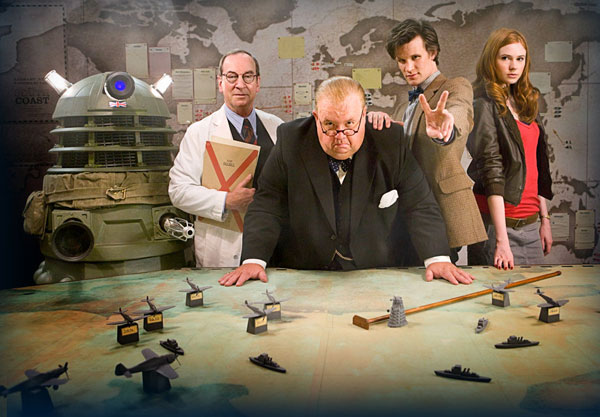 Doctor Who – Victory of the Daleks – Series 5 Episode 3

In perhaps Britain’s greatest hour of need, the eleventh Doctor, as played by Matt Smith, answers the call of Winston Churchill (guest star Ian McNeice) and arrives in London during World War II. With Amy Pond (Karen Gillan) at his side, the Doctor wants to learn more... 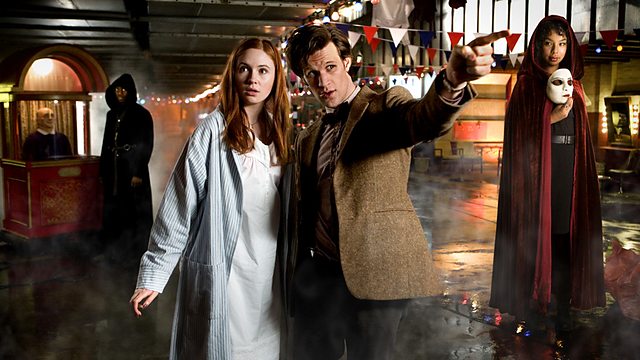 Doctor Who – The Beast Below – Series 5 Episode 2

In Matt Smith and Karen Gillan’s second episode as the Doctor and Amy Pond, the duo travel to the 33rd century, where the entirety of the United Kingdom has left the Earth aboard the Starship UK. While all seems pleasant at first, they soon discover the dark... 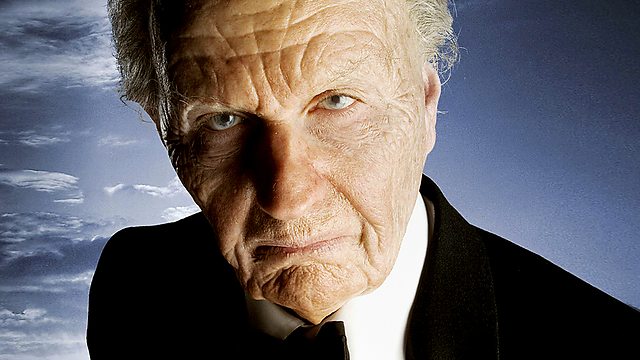 Set in the modern age, the tenth Doctor (David Tennant) and Martha, played by Freema Agyeman, attend the latest experiment by the acclaimed Professor Lazarus (Mark Gatiss), who successfully reverses his own ageing process. Entering his machine as an elderly man, the... 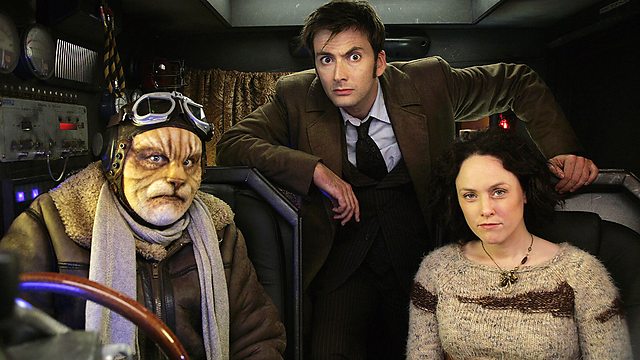 ​Returning to New Earth, the tenth Doctor, played by David Tennant, and Martha (Freema Agyeman), find themselves separated on a sprawling futuristic motorway. While trying to catch up with his kidnapped companion, the Doctor begins to unravel the mystery surrounding... 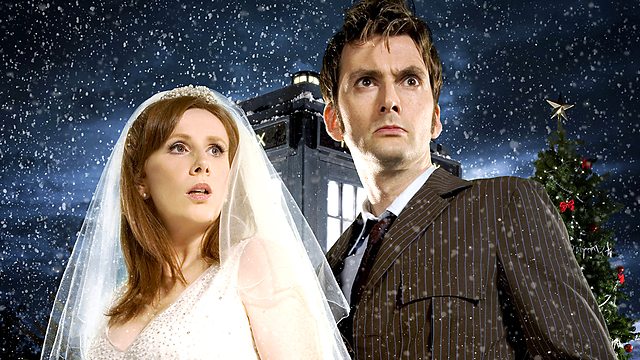 A woman in a wedding dress walks into the TARDIS – no, there’s no punchline, it’s the exciting opening to this 2006 Christmas Special. In Donna Noble’s (Catherine Tate) inaugural episode, the Tenth Doctor (David Tennant) has to solve the mysterious huon poisoning of... 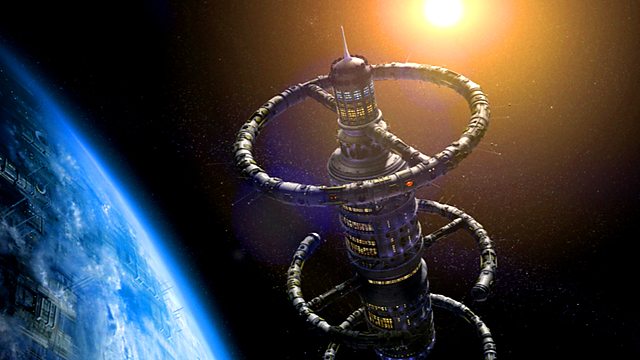 Travelling to the year 200,000 with new companion Adam (Bruno Langley), the ninth Doctor (Christopher Eccleston) and Rose (Billie Piper) investigate a news station with a terrible secret. After discovering that humanity is being held back from developing into the... 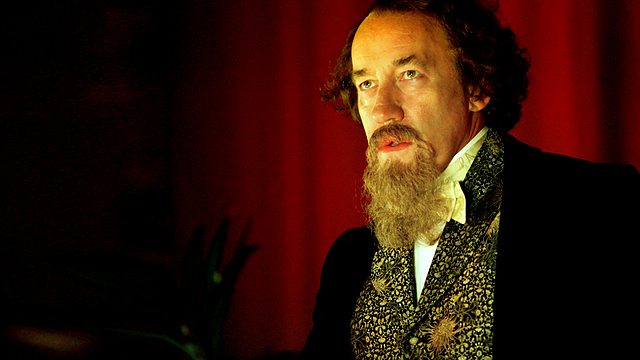 On Christmas Eve, 1869, a funeral parlour becomes the home of supernatural phenomena. The Ninth Doctor (Christopher Eccleston) and Rose (Billie Piper) discover the true source of this apparition- the Gelth, an alien race determined to end the living. Armed with the... 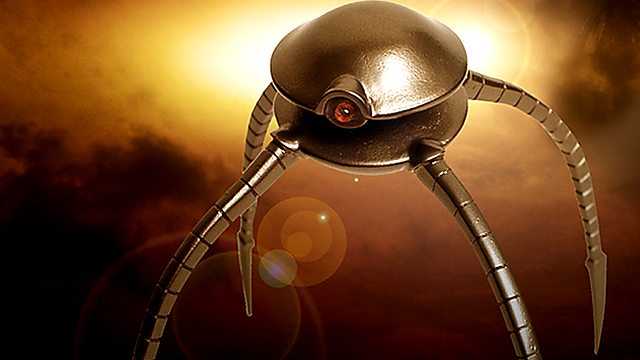 Doctor Who – The End of The World – Series 1 Episode 2

On Rose’s (Billie Piper) first adventure through time and space, the ninth Doctor (Christopher Eccleston) takes her to a space station in the far future, to watch the spectacle as the expanding sun destroys planet Earth. Joined by alien guests from every corner of the...