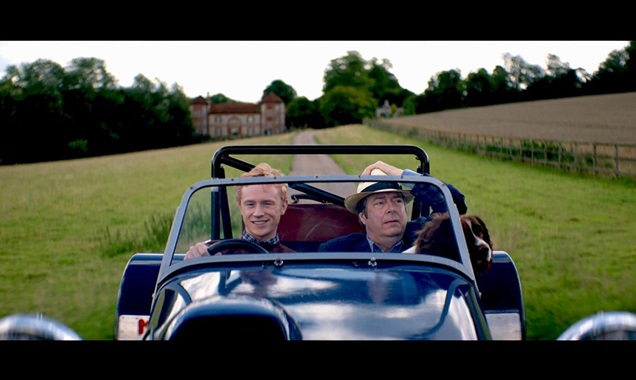 From drunk poet to drunk detective-when disgraced poet and journalist, Ted Wallace (Roger Allam) visits his friend’s country mansion he discovers there’s something strange about the estate and decides to investigate.

Adapted from the hit Stephen Fry novel of the same name, 2017’s The Hippopotamus, directed by John Jencks and edited by John Richards, is eccentric and witty as was the book before it.

A well-regarded leading performance from Allam is the highlight of the film, with the Hollywood reporter stating:
‘In both voiceover and dialogue, whether he’s dismissing Wordsworth, Byron or social niceties, Allam delivers every mellifluously malign morsel with such unforced conviction that it barely feels like a performance’.

Filmed in and around London, UK, it’s a beautifully shot work of cinema as we watch inspiration strike Ted Wallace once again.