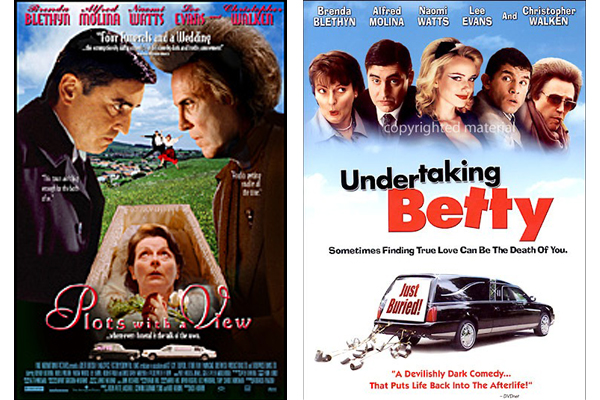 In a small town in Wales, Betty (Brenda Blethyn) is married to philandering town councillor Hugh Rhys-Jones (Robert Pugh) and has to care for his obnoxious and demanding mother. When the latter chokes to death on a bowl of breakfast bran, she comes into contact with local funeral director Boris Plotz (Alfred Molina) who has cherished a secret passion for her since childhood. In the meantime, rival funeral director, eccentric American Frank Featherbed (Walken) and his Igor like assistant (Lee Evans) seek to drum up business with cut-rate novelty funerals. Boris and Betty develop an elaborate plot to run away together which involves faking Betty’s death. Much mayhem ensues in the realization of this scheme and Rhys-Jones and his mistress (Naomi Watts) finally get their comeuppance and Featherbed’s dreams of empire are realized.