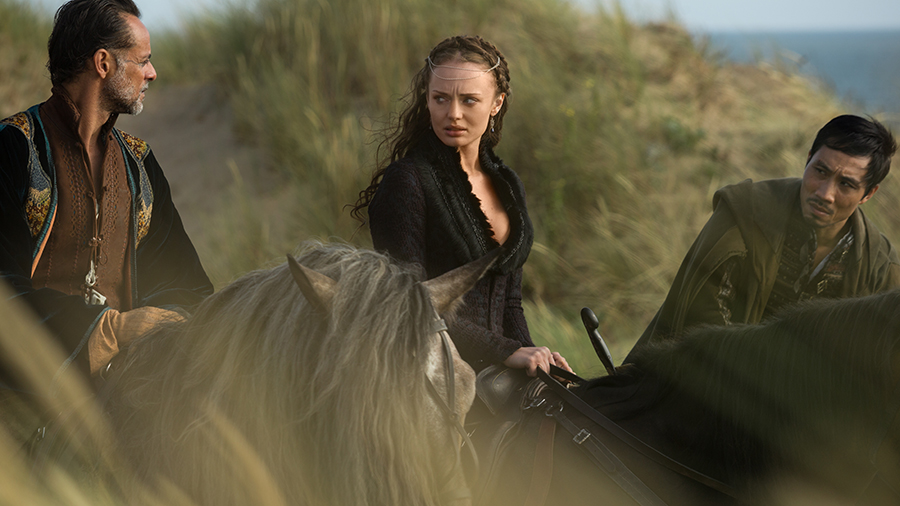 Leonardo’s journey to retrieve the world-changing Book of Leaves is blocked by the living dead as a hallucinogenic poison courses through his veins, putting Riario in a race against time to get the antidote. Meanwhile, Lorenzo undergoes a deadly trial of his own at the behest of King Ferrante of Naples. John Richards received credit and praise for his work as editor and second unit director on this episode, primarily in the cornfield chase sequences, which despite being set in Machu Picchu, was actually filmed in Swansea.