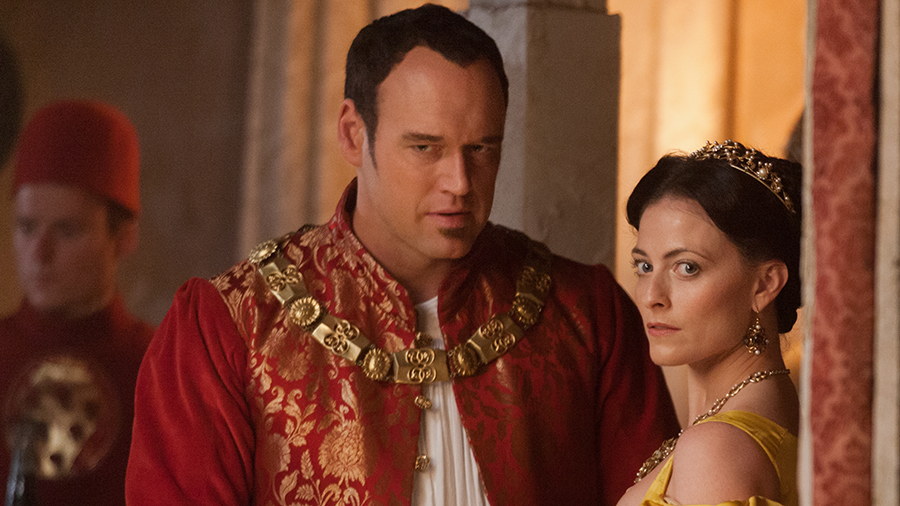 The Tower was an opportunity for John to work with David S. Goyer (Man of Steel) fantasy drama series.  The series produced for Starz US cable channel is a re-imagining of Leonardo’s life. John edited this episode, once again working with director, Paul Wilmshurst (Strikeback).  The episode was shot in Swansea on the partially derelict site of the former Ford motor plant.

Leonard da Vinci (Tom Riley) is accused of sodomy with an associate who he  has previously paid as an artistic model several times for his life drawing and art.

Piero, Leonardo’s estranged father, is ordered to defend his son in court. Senior Pazzi is a late addition unexpected addition to the trial.  It becomes apparent that Rome is behind the trumped up charges. The aim is to throw doubt on the Medicis family. Da Vinci has to become underhand in order to gain a fair outcome to the trial. Lorenzo is struggling to convince the King and Queen of Spain that the Medici family bank is a good place to hold their funds.  The worthiness of the  bank is cast into doubt by losing the blessing of the Roman Pope.  Later, Leonardo turns a corrupt judge during a performance for visiting royals.

A play is held for the benefit of the normally modest King of Spain, all attempts are made to temper the usually for Florence immodest performance, in view of how important it is to make a good impression on the guests.  Leonardo steals the show with a light projection of a prominent figure in a compromising position with a farm animal …without fully revealing his identity.

Through bribery Da Vinci escapes the fate which had been arranged for him and we also see a glimpse of his relationship with the male model and perhaps his true sexuality.