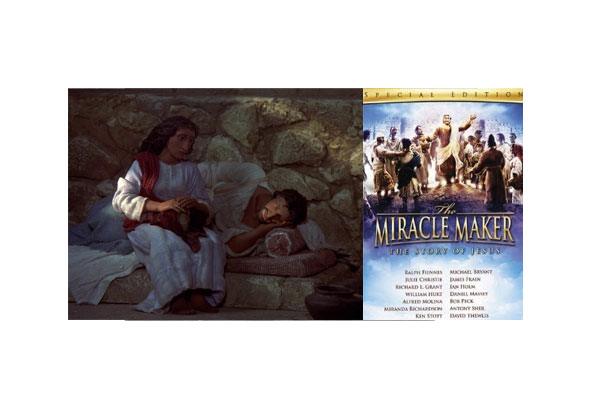 The Miracle Maker is a stop motion-animated film about the life of Jesus Christ through the eyes of a young girl, Tamar, the daughter of the Biblical Jairus who is raised from death by Jesus (the daughter of Jairus is not named in the New Testament.) Some clips of the film (especially when stories are being told) are animated cartoons instead of stop motion.