Based on the 2007 Chris Ryan novel of the same name, Strike Back delves into the world of British Secret Intelligence Services’ best-kept secret: Section 20, who conduct discreet, high risk, high priority missions. John has worked – both as film editor and second-unit director – on the big HBO Cinemax/Sky TV co-production since 2011’s Project Dawn. ‘Strike Back is kick-ass action/adventure but with a group of characters that will do anything for each other.’ John says of the show that delivers both excitement and heartfelt moments between the team’s ever-evolving personal relationships.

‘The show is well-plotted, tightly paced and crisply edited’

Having left its mark on both British and American audiences, 2020 saw the adventures conclude with its final series: Vendetta, which John proudly categorises as ‘a humdinger’. For Vendetta, John once again worked alongside Strike Back’s most prolific director, Bill Eagles, for Episode 4 and Episode 10, which closed both the season and the Strike Back story. As Second Unit Director for two episodes of Project Dawn, John was needed on location in Cape Town and Springbok, South Africa to bring to life the iconic stunt work that has made that series so revered.

During John’s decade’s long career in film and television, he has worked on some huge projects with big names attached but it is still Strike Back that amasses the most passion from its fans. Strike Back’s legion of fans have become a force of their own and it’s important to John to connect with these supporters, so, on April 18th, 2020, he was a guest on the podcast SitRep, hosted by Kelsey Nolen and Deb Foster, from the Strike Back Crib fansite. Sit Rep’s episodes provide an hour of interviews and deep analysis of the Strike Back universe. ‘These are dedicated fans; incredibly well informed, and not afraid to criticise what they don’t like’ describes John and it is a must-listen for the show’s ardent fanbase. 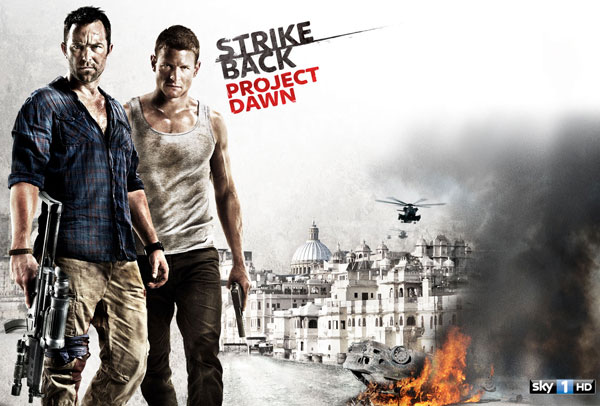