Created by and starring Ruth Jones (Gavin & Stacey), Stella is a comedy series that ran from 2012 to 2017 and centred around the titular Stella Morris (Ruth Jones), a mother of three problematic children who gets by with the help of her eccentric friends. Among the colourful cast of characters in the Welsh town of Pontyberry is Stella’s alcoholic sister-in-law Paula (Elizabeth Berrington), lollipop man Alan (Steve Speirs) who has been hopelessly in love with Stella for nearly 30 years, her ex-husband Karl (Julian Lewis Jones) and his young new girlfriend Nadine (Karen Paullada), and her brother Dai (Owen Teale). Filled with heart and humour, Stella navigates the tricky avenues of parenthood, relationships and the hardships of life across five years worth of relatable and consistently hilarious seasons. John Richards worked as editor on four episodes of the show’s second series, making his mark on one of Britain’s most heart-warming comedies. 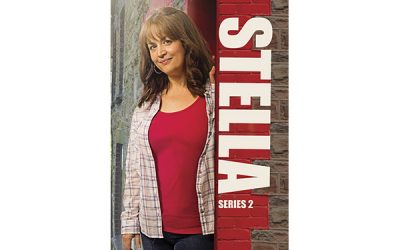 As fight night approaches and Lenny makes it clear that he will do anything to beat Luke a worried Stella blames Rob for encouraging their son to box though animosity turns to a rekindling of their old feelings. On Come To School Dressed As a Famous Person Day Stella...

Dai has gone missing and Aunty Brenda sends the formidable WPC Glover to track him down. Paula,on the other hand,annoys Stella by her lack of commitment to the funeral parlour,preferring instead to take up meditation and then put on her dancing shoes for the Gotta...

Sunil is happy to return to Emma as they prepare for their son's forthcoming naming ceremony but Leah seems persistent in her efforts to catch the young man. Alan is desolate when the rugby club closes and Paula makes it clear that she no longer wants Dai either as a...

With Sean gone and a visit to the doctor yielding a shock, Stella finds herself without a man and a baby and is vulnerable enough to be tempted into reconciliation with Rob. Aunty Brenda decides her niece needs a change of direction and gets her a job at the local bap...