A spine-chilling drama following a sixteen-year-old boy with thoughts and urges unlike any other. The four-part mini-series centres around schoolboy, Sam Woodford (Jack Rowan), as revelations about his parentage and the arrival of a new girl (Lara Peake) at school trigger dangerous and psychopathic behaviour within him. John Richards worked as editor on two episodes of the Channel 4 drama which was received with critical acclaim, captivating thriller fans across the country in 2017. 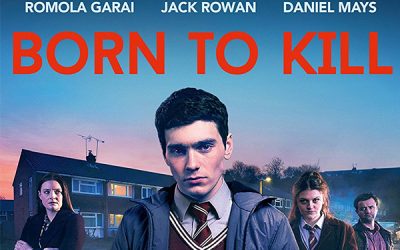 As Jenny (Romola Garai) seeks out the truth about her son, Peter (Richard Coyle) is released from prison and Sam (Jack Rowan) is desperate to get to know him better, which only spells trouble for everyone else. John Richards worked as editor on this pulse-pounding...

Following the events at the hospital, Sam (Jack Rowan) struggles not to give in to his psychotic instincts while his mother (Romola Garai) finds that her past may yet determine her son’s future. This was the first of two episodes in this delightfully dark series to be...