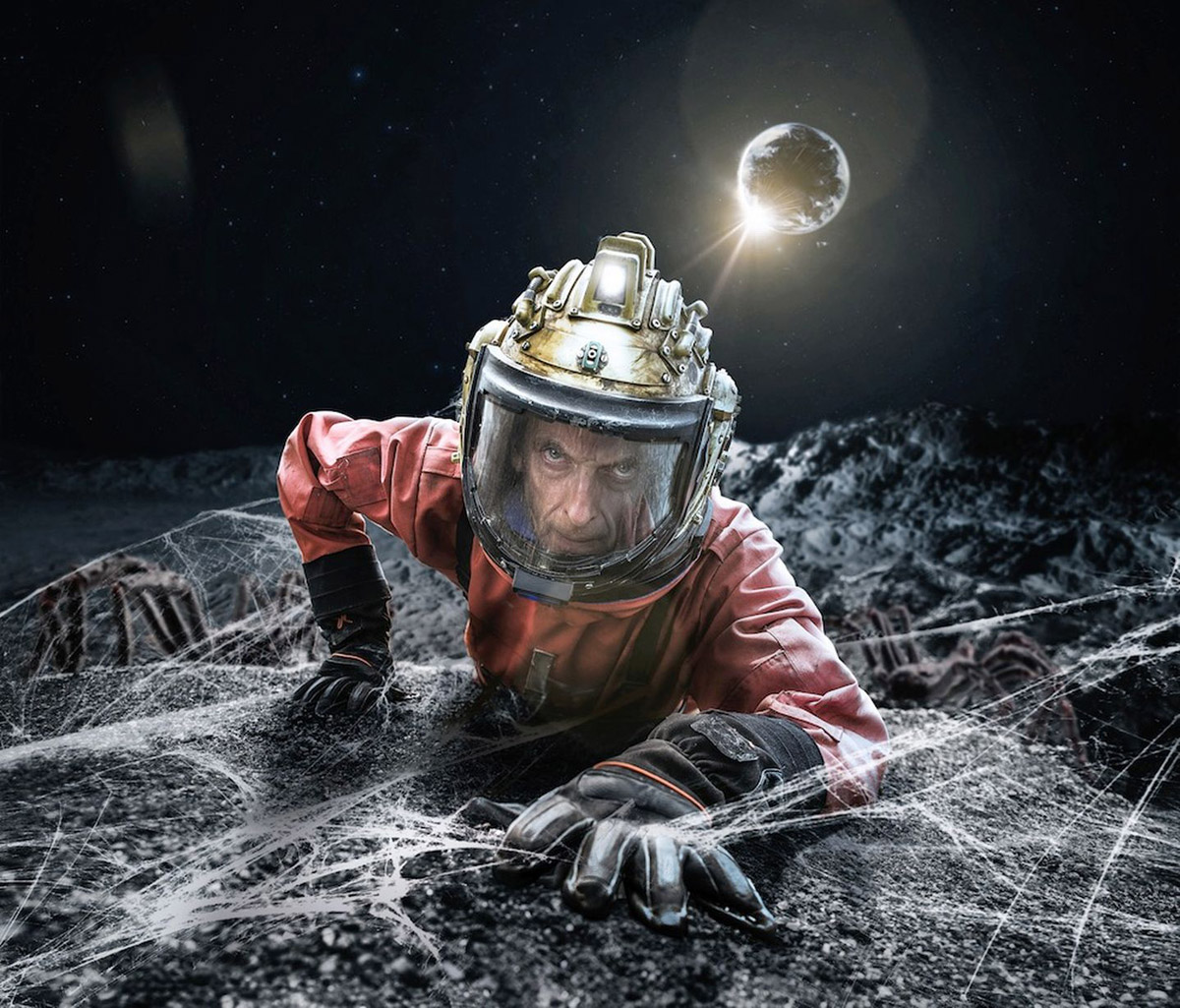 Episode 7 of season 8 could well be one of the scariest and most thought provoking adventures for the Doctor (Peter Capaldi) and his companion, Clara (Jenna Coleman).

The Tardis sets down in the loading bay of an ageing space shuttle, where the Doctor, Clara and her outspoken pupil, Courtney Woods (Ellis George) soon discover they are moments from crash-landing on the moon. But that’s just the start of the trio’s trouble.  The earth is riven by natural disasters and Lundvik (Hermione Norris), the Captain of the space shuttle, has been sent up to investigate what’s  going wrong. If it’s aliens, she has to blow them up.

After a hike across the spectacular lunar landscape, they reach a mining base full of web covered corpses. Pretty soon they discover the vicious spider like creatures now occupying the moon and clothing it in a silky web. Realising this could well be a suicide mission, Clara turns to the Doctor for help, but he delivers the shock of her life.

Kill the Moon, uses the stunning moon like location of Lanzarote, with the series returning to film on the Spanish island for the first time since the 1984 serial ‘Planet of Fire’.

The episode was written by Peter Harness (Wallander) and is directed by Paul Wilmshurst (Da Vinci’s Demons). Editor John Richards (Band of Brothers), becomes the only editor to have worked with all of the last four Doctors, Christopher Eccleston, David Tennant, Matt Smith and now Peter Capaldi.