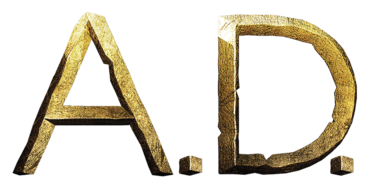 I have known for a couple of months that my next project will be the 12 part series for NBC provisionally titled A.D. Now it’s time to head for the first block of filming in Morocco and the film making town of Ouarzazate. (Pronounced Waz-ah-zat). It’s always a strange experience leaving home for a couple of months but I’m really looking forward to visiting a country I haven’t been to before. Oh, and being as it’s almost in the Sahara it should be nice and warm, so the summer is extended for me.

I still find it completely magical that one moment I’m sitting on the runway at Heathrow, in the grey gloom of September and only a few seconds later, I’m up above the cloud base looking at a glorious sunset that’s invisible from the ground.

A few hours later and it’s Casablanca airport for a plane swap. I can’t help humming, “You must remember this”. Movies totally frame our lives!

I’m traveling with my co-supervising editor, Rob Hall, our producer Gina Cronk and the Show-runner Richard Bedser, but we have an extended airport lounge wait. No idea why, that just seem to be the way here. It takes until after 2am before I’m in the hotel and very unexpectedly, it’s raining.

Sunday morning and it’s still chucking it down, I could stay at home for this. It turns out to be a very serious storm that has transformed our sets into mud baths with some of them cut off by fords that the 4x4s can’t cross. Our first day of filming is in jeopardy. The locals haven’t seen anything like it, continuous heavy rain is not what happens in Ouarzazate. That’s why film crews flock here. While we sleep, it stops, dries up and dawn breaks with a blue sky. Cue  lights, camera, “Action”.