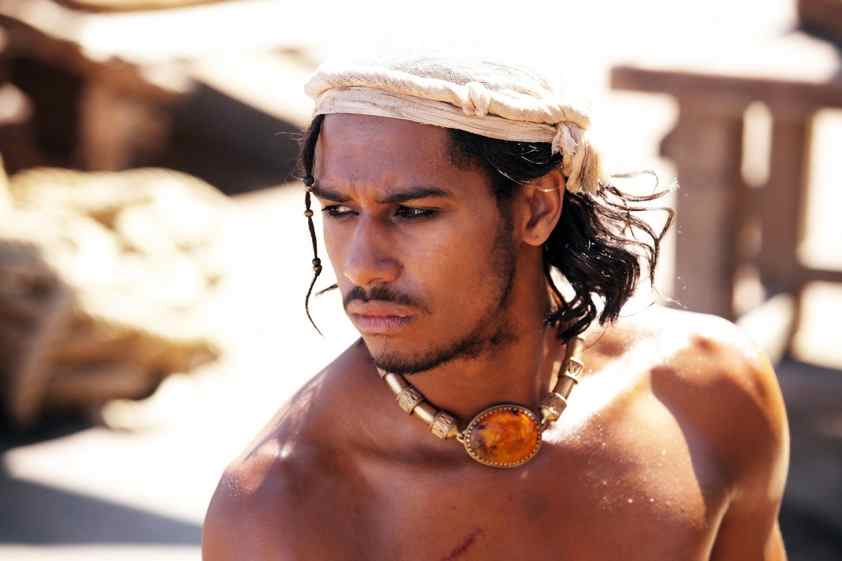 SINBAD. Hero or Villain? On the run from his home town of Basra and under a curse for a killing that led to the death of his much-loved brother, the streetwise SINBAD (Elliot Knight), finds himself cast out to sea.

On board “The Providence” an intriguing band of travellers are thrown together, including taciturn Norwegian sailor Gunnar (Elliot Cowan – Marchlands), the lithe and agile jewel-thief Rina (MaramaCorlett – The Devil’s Double), and haughty and aristocratic Nala (Estella Daniels – Thorne).  Completing the ship’s complement is the Cook (Junix Inocian– The 51st State), an odd-ball and eccentric character and the ship’s cerebral doctor Anwar (Dimitri Leonidas – Grange Hill).

Surviving a violent and magical storm, both SINBAD and his intriguing fellow ship-mates are forced to band together to face their inner demons, hopes, loves and fears. Our flawed hero embarks on an epic and emotional quest to rid himself of the curse and embrace his destiny. When mystical meets muscle anything can happen….

Leading the cast of this high-octane adventure as SINBAD is newcomer Elliot Knight, 20, who graduates from drama school this summer 2011.  Alongside Knight, will be a host of well-known faces, including LOST’s Naveen Andrews as Sinbad’s nemesis, Lord Akbari, who will stop at nothing to destroy the young hero. Also guest starring in the series are Sophie Okonedo (Hotel Rwanda) whoRazia, Queen of the Water-Thieves, and Timothy Spall (Secrets and Lies, Harry Potter) as Anicetus, The Old Man of the Sea.

John is currently in Dublin, editing the second block of SINBAD. Working once again, with directed by Brian Grant. Brian is a legendary ’80’s pop video director with over 200 videos to his name as well as directing drama’s including Doctor Who, Hex, As if and Clocking Off.

SINBAD is produced by Impossible Pictures for Sky.